Rawhide. A word known to me by "Blues Brothers". Still don't know if they actually sang about the town I suddenly bumped into.
Suddenly an instagram post really got a hold on me after shearing parts of the towns story - A town that "lived" three-four years (according to Wikipedia, which is my referance).

Prospectors discovered a rich gold and silver deposit in the area that was named Rawhide i 1906.
Within two years the town had grown to a population of 7000(!) people.
Sadly, in September 1908 the citizens of Rawhide where harmed by a giant fire. A year after this, they were unlucky enough to experience a flood as well. Many did not rebuilt after this. In 1910, only 500 people remained in the town.

It is unbelieveable to imagine the turbulence of this town. Even more impressive that in the two years the town grew up from nothing, Wikipedia says they built three banks, four churches, a school, twelve hotels, twenty-eight restaurants, a theater, and thirty-seven saloons.

In the song I wrote you also hear me mentioning Mrs. Rechel. I have the impression she is an imdependent, tough gal'. History says Anne (her first name) was considered the last true resident of Rawhide. She lived there until the late 1960's, when circumstances forced her to leave. Her house was one of few houses still remaining in the 1980's. Therefore I felt she had to be mentioned in the song, along with her "wooden floor".

"Rawhide" is probably the song I am most happy with, and also the song that has taken most of my time to get right while recording it in my home studio.
I have tried making the rhytm of the song very strong, without adding drums (which I don't have...), but also very playful.

When creating a music video for the song yesterday, we decided I was going to quickly paint a piece of Rawhide. I used a lot of grey in this painting, symbolizing emptyness, but also yellow for the gold, and red for tragedy.
The sing will be out on Spotify in april, along with the music video.

This is the painting I made yesterday, while making the music video; 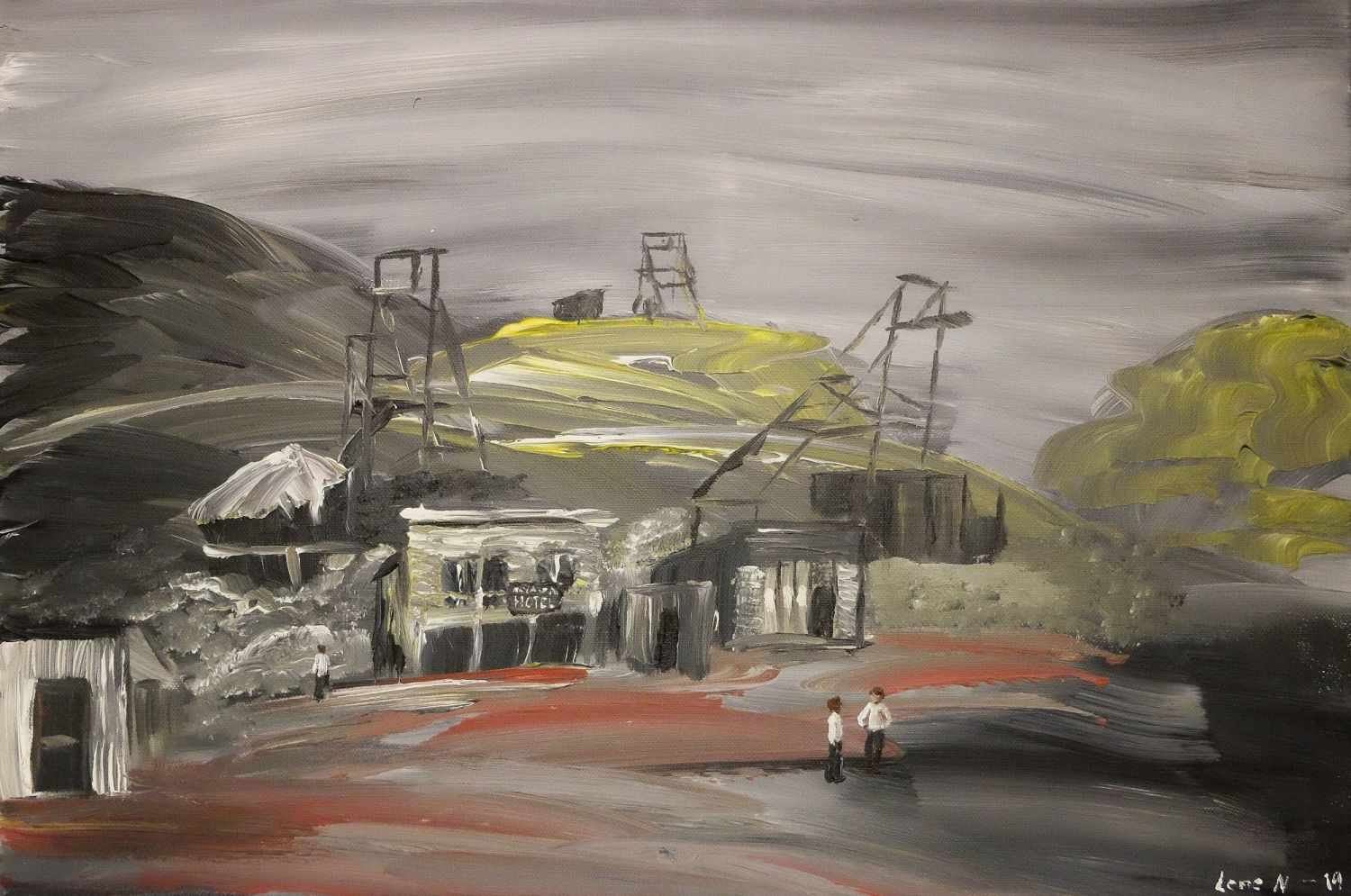